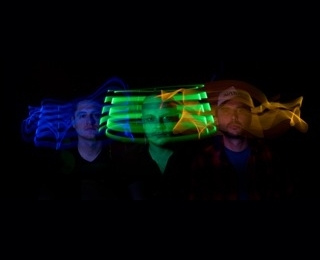 JayetAl are one of the UK's most exciting dance acts, transcending post rock and electronica boundaries to create a sound which is truly original.

Using guitars, drums, bass and cinematic electronica, the three piece have built their reputation on euphoric and impassioned live performances, and played extensively across the UK, toured Eastern Europe and played international festivals.

The unique appeal of the sound they have created is reflected in the quality and diversity of acts they have played with, from Plaid & Cluster to HEALTH, The Chap & Gary Numan.

They have recorded two albums and an alternative live film soundtrack to cult sci-fi La Jetée (Chris Marker, 1963). Their most recent project was an original score for filmmaker Willem Gerritsen.

Welcome, friend!
We're very sorry, we had trouble with your email address, please try again or contact us at info@jayetal.co.uk

We promise we won't spam you.